Vive VNF under its new statute as a public administration! Following the successful public consultation process, the State body is expected to start works on enlarging the Creil-Compiègne section of the river Oise to European Class Vb capacity. The works are needed to harmonise navigable dimensions throughout the Seine-Scheldt waterway. The public consultation was completed successfully in 2012, and aspects of the project were then debated at three “post-consultation” workshops in December. The first covered all hydraulic aspects, the flood risk and highest navigable water level, the second was devoted to the various uses of the inland waterway, while the third discussed all environmental aspects. 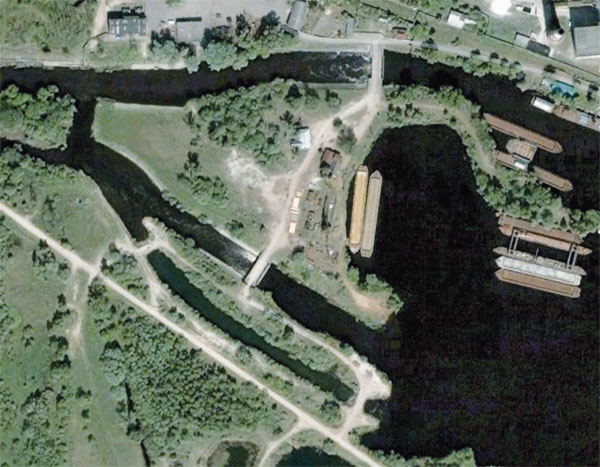 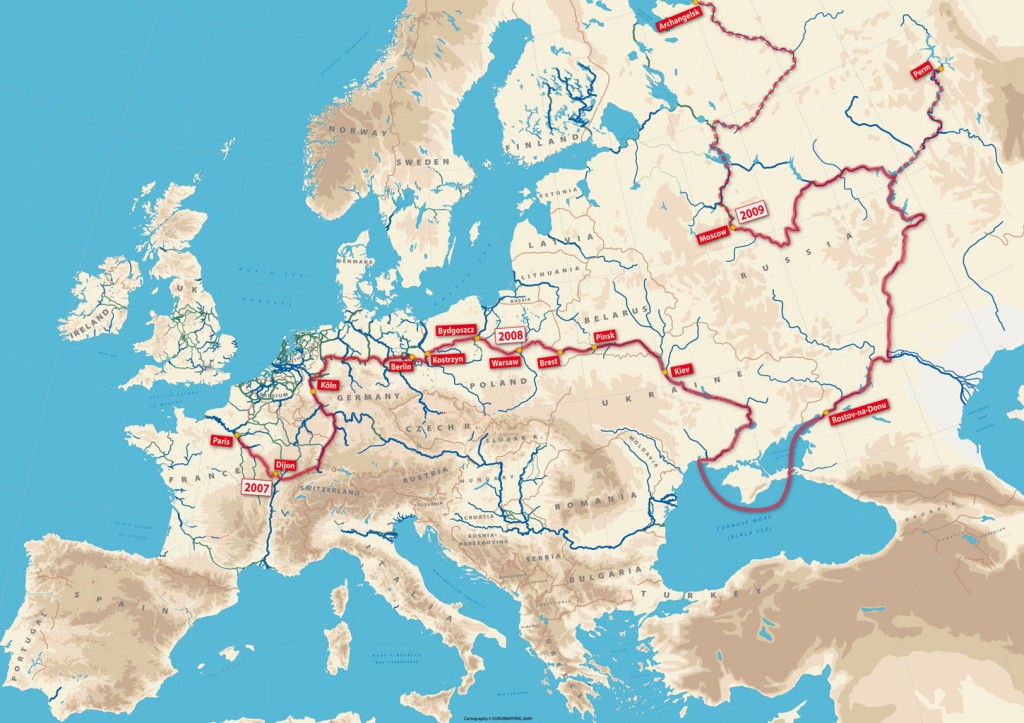 Impressive progress is being made on the most ambitious waterway restoration project in France, the 270km long river Lot. Although massive hurdles remain to be overcome at the large hydroelectric dams – Fumel, Luzech and Cajarc – the project conceived in 1973 by Christian Bernad, president of the Association Aménagement Vallée du Lot, is moving slowly but surely towards eventual completion.
The above map shows the downstream section of the river, from the confluence with the Garonne through to the département Lot and its chief town Cahors. This highlights the relatively short missing links. Within the département Lot et Garonne two locks need to be built, one at Saint-Vite and the 8m deep lock beside the dam at Fumel. Above Fumel is the boundary with the département Lot, which was initially content with its 64km navigable section opened in 1991. Under pressure from local authorities, however, this département committed to opening further lengths of the river, hence the 12km extension upstream (not on this map) and especially the series of 9 locks over a length of nearly 40km between Fumel and Albas.
One of our members has just sent this view of works in progress at one of these locks, Floiras, number 18 on the above map*. As at many locations on the river Lot, the head is exploited by a small hydropower plant, so that the lock is located at some distance from the river bank. 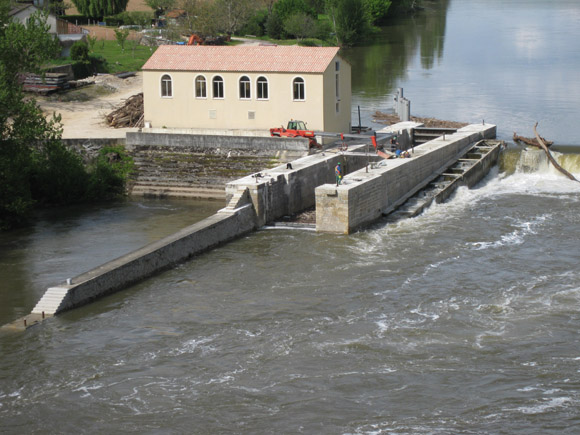 Restoration work in progress at Floiras lock (by KBW)

When this lock is opened later in 2012, the missing link to the middle section of the Lot at Luzech will be only 7km long, including the large-scale works at Luzech itself (probably requiring a new tunnel) and the 3.70m deep lock at Albas.
For details of French waterways and projects throughout the network, see my guide Inland Waterways of France, published by Imray.

Let us know what you think about the River Lot Restoration project!

* The idea of numbering the locks, from 1 (Nicole) to 57 (Marcenac) was put forward in a planning study completed by the author in 1992, to give a sense of unity among the projects implemented piecemeal along the different sections of the river. This idea has not been taken up to date, one reason being that the projects for the missing links remain to be confirmed in terms of technical, financial and economic feasibility.

The featured image (click on title of post if necessary, to see it) has been amended to take into account the elimination of Escambous lock; the hypothetical total is therefore 57 and not 58 locks as originally posted. Click on the image below for an overview of the upstream section.