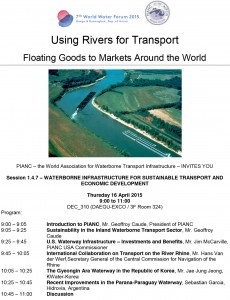 South Korea will soon be celebrating completion of the 19km long Gyeong-In Waterway from the river Han west of the capital Seoul to the Western Sea just north of the port of Incheon. The canal has been in operation for nearly a year, but we have just heard that the official opening ceremony and related events have been programmed for Friday May 25. 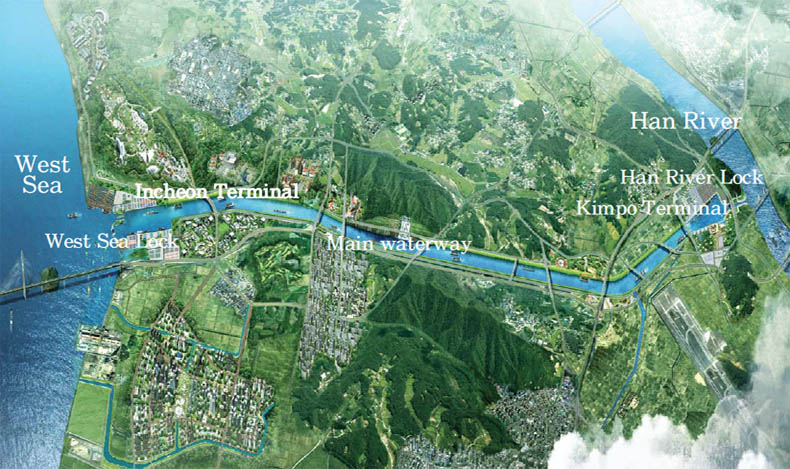 The canal is 80m wide and has a navigable draught of 6.20m, sufficient for container ships carrying 250 TEU. This is a multi-purpose project, which will also provide flood relief in the river Gulpo catchment area, as shown by the diagram. 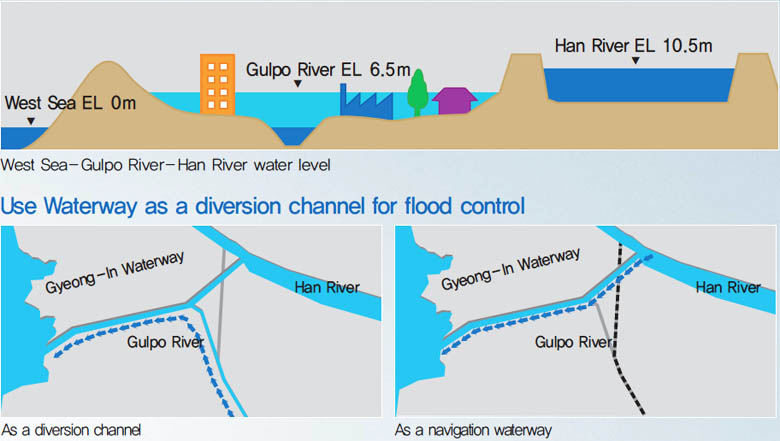 These images are part of a detailed presentation of the waterway by Korea Water.